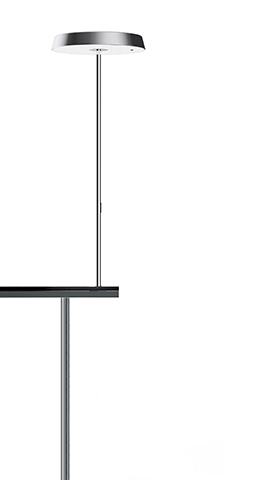 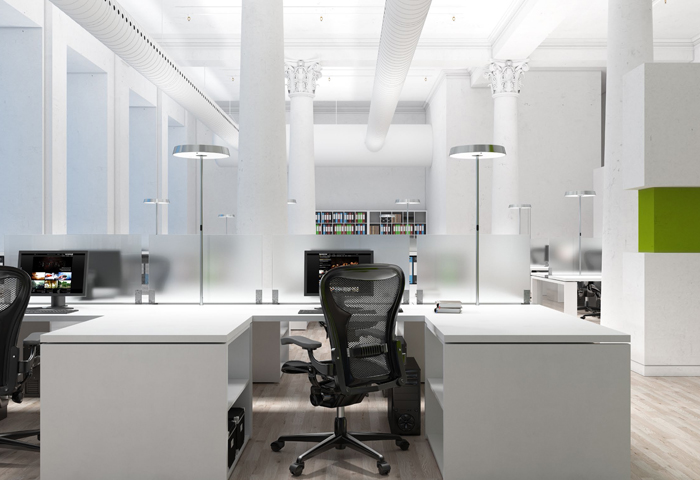 belux koi-s combines form and function in an astounding manner, because Naoto Fukasawa's credo "super normal design" reflects the design in a matter-of-fact way. The consistently slim-line construction makes v koi-s appear still more delicate and elegant. The luminaire family is thus particularly suitable for offices in which a cosier atmosphere is to be generated or for the home office. Despite its smaller size, belux koi-s provides an impressive 9000 lumens of non-directional LED light. For extra comfort, the direct and indirect light can be dimmed independently of each other. With a UGR of <13, the luminaire family is also outstandingly well de-glared. The electronics are located in the luminaire head, thus eliminating extra boxes.

The maintenance of the luminaires was also considered: the lamp shade can be removed without tools and the cleaning of the inside of the diffuser plate is simple.

belux koi-s is available as a floor lamp, a pendant luminaire, a table lamp and a ceiling luminaire in the colours white, black and chrome. Lighting concepts can thus be implemented even more consistently.

Looking for a sales partner in your area who has this product in stock?